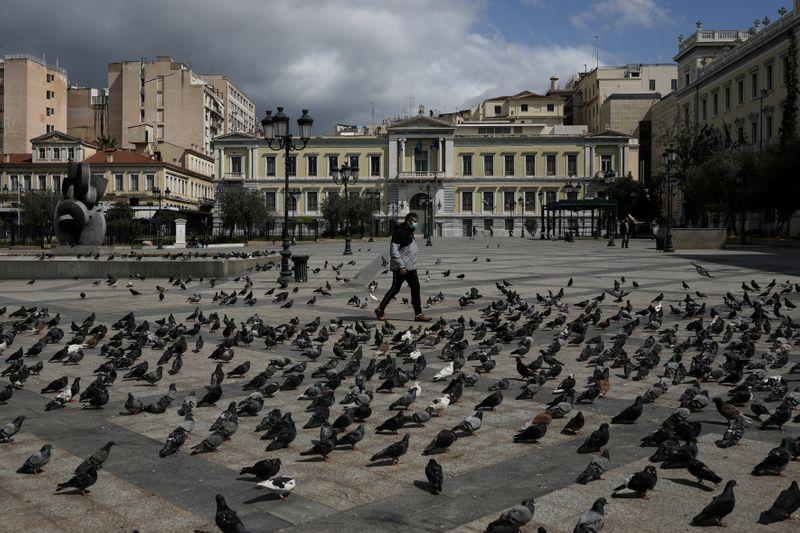 ATHENS (Reuters) – Greek researchers say a sudden decline in human-generated noise levels due to a nationwide coronavirus lockdown is giving them valuable insights into the inner rumblings of earth.

Greece is often rattled by earthquakes, most causing no serious damage. A significant reduction in noise levels since the state imposed a lockdown due to coronavirus last month does not affect seismic activity.

But as the earth keeps moving, tremors of very low magnitude can now be registered, said Efthimios Sokos, Associate Professor at the University of Patras who runs the research with seismologist Dimitris Yannopoulos and researcher at the National Observatory of Athens Christos Evangelidis.

“It’s quiet,” Sokos told Reuters, adding that the decrease in human-generated noise has been observed globally as many countries have imposed a lockdown to try to contain the spread of the coronavirus.

“So far very small scale earthquakes were hidden behind that human-generated noise… now we can trace them more accurately.”

He compared seismologists with astronomists who cannot see the stars from cities due to light pollution.

“But for us, it’s like the lights are turned off,” he said

Researchers in Belgium are pioneers in this type of research, said Evangelidis, adding that Greece has so far collected data from stations in Athens and the northern city of Thessaloniki. Other cities are gradually being included in the study, which is expected to conclude when the lockdown ends.

“We are trying to work out .. is it possible to detect small seismic movements which were previously hidden behind human-generated noise?” said Evangelidis.

Greeks have so far been very disciplined in implementing movement restrictions ordered by authorities to contain the spread of the virus. As of late Thursday, Greece had 1955 infections and 86 deaths.

Human-generated noise in Greek cities usually drops to low levels only in mid-August, the peak summer season when Greeks flock to the beach.

By monitoring the levels of noise, researchers can also see if there are areas that do not strictly adhere to the restrictions, Evangelidis added.

“It’s now the equivalent of mid-August, or maybe a bit lower,” said Evangelidis.