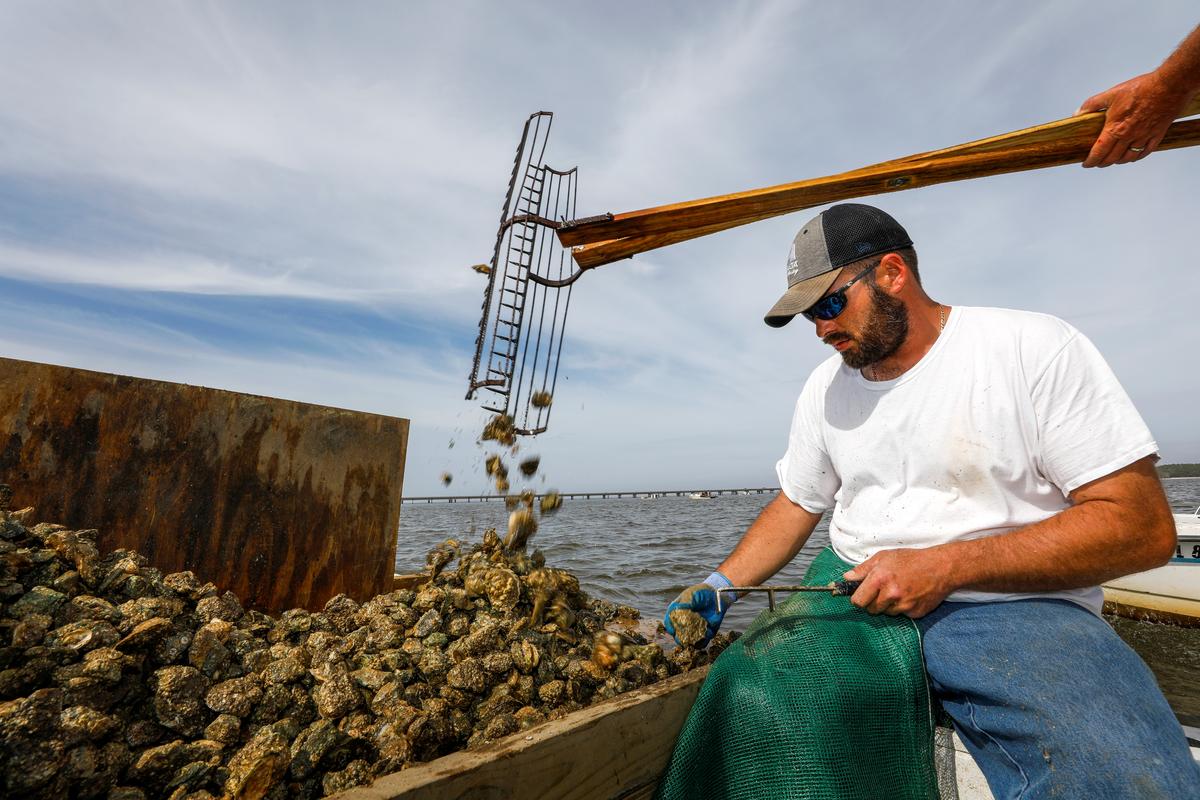 APALACHICOLA, Fla. (Reuters) – Standing in his boat in Florida’s Apalachicola Bay, Michael Dasher lowered a long pair of tongs into the water, pulling up a muddy mass of oysters that his son sorted, keeping those big enough to sell and tossing the rest back into the brackish bay.

“It’s like dumping sacks of rocks every day, but I don’t know how to do anything else,” said Dasher, who fretted that his 32-year-old son nicknamed “Little Mike,” a fifth-generation oysterman in the family, may also be its last.

Their future may be determined by the U.S. Supreme Court, which is expected to rule later this year on a seven-year-long legal battle between Florida and Georgia.

Florida accuses its northern neighbour — and particularly the fast-growing city of Atlanta — of drawing too much water from the rivers that feed the bay, causing its salinity to rise and driving down the oyster population.

Georgia rejects that claim, saying it has made great strides in water conservation. It says that what has really hurt the oyster population is a surge of over-harvesting since the 2010 BP plc Deepwater Horizon oil spill, which Florida had feared would foul the bay but ultimately did not.

The oystermen have reason to be worried: U.S. Circuit Judge Paul Kelly of Santa Fe, a state water rights expert who was named a “special master” by the U.S. Supreme Court in the case, has recommended that the court side with Georgia.

But the court can ignore his recommendation, if it’s swayed by Florida’s arguments.

The swelling 6-million-strong population of the nine-county greater Atlanta area, as well as Georgia’s peanut and cotton farms, all draw on the same fresh water sources that flow to the Apalachicola Bay.

State officials and farmers say they are conserving more water than ever, and that they aren’t to blame for crash of the oyster beds.

Katherine Zitsch, manager of natural resources for the Atlanta Regional Commission, said the metropolitan area now uses 10% less water than it did 20 years ago, even though the population has risen by 1.2 million people.

But the oystermen and environmentalists in both states say that same water is needed in the bay.

Federal court precedent dating back more than 100 years dictates how states must share fresh water that flows across their borders, but does not set precise standards for water allocation. Water is divided based on proven needs, populations, agriculture and other factors.

“Even though Florida is entitled to an equitable share, that’s a moving target,” said John Draper, a Santa Fe attorney and expert in this sort of litigation. “It’s not a 50-50 split.”

The Florida Department of Environmental Protection said it was hopeful the court would rule in its favour.

“The state of Florida remains committed to restoring the historic flows of the Apalachicola River,” for the families who rely on the river for their livelihood, it said in a statement.

‘WE NEED THAT WATER’

Upstream and down, residents who have long relied on the water to support their sources of income say they can’t make do with less.

Farmer Murray Campbell, 64, a third-generation peanut farmer in Pebble City, Georgia, about 150 miles (240 km) north of Apalachicola Bay, says he has sympathy for the oystermen.

“Lord knows I love oysters, especially those Apalachicolas,” Campbell said. “I’d love to see them successful. But truth is, we need that water. Once you put a crop in the ground, the banker wants his money.”

“We’d be a dust bowl without irrigation,” he said.

The dozen or so oystermen left working the Apalachicola Bay — a sliver of the more than 400 that once worked its waters — likewise say they can’t do without.

“We’re counting on the court seeing it our way, or we’re sunk,” said Shannon Hartsfield, the 50-year-old president of the local Franklin County Seafood Workers Association.

Hartsfield has been reduced to oystering part time, making the rest of his living fishing for shrimp.

Many of his former counterparts had left their boats and gone to Tallahassee or Panama City to work in construction or the hospitality industry, he said.

“But it’s not too late to reclaim it,” Hartsfield said of the oystering way of life. “If we get that water back, our men will be back. The bay can bounce back.”

Prepare to study in Canada
Study permit: Who can apply
Ontario Updates Canada Immigration Expression of Interest Scoring With Launch Of NOC 2021
Canada Conducts First Express Entry Draw Since NOC 2021 Implemented
Quebeckers Say They Want More Immigration, Despite Provincial Government Saying No
U.S. Tech Workers: Here Is How You Can Immigrate To And Find Jobs In Canada
Immigration Spikes In September With Canada On Course For Record Annual Numbers