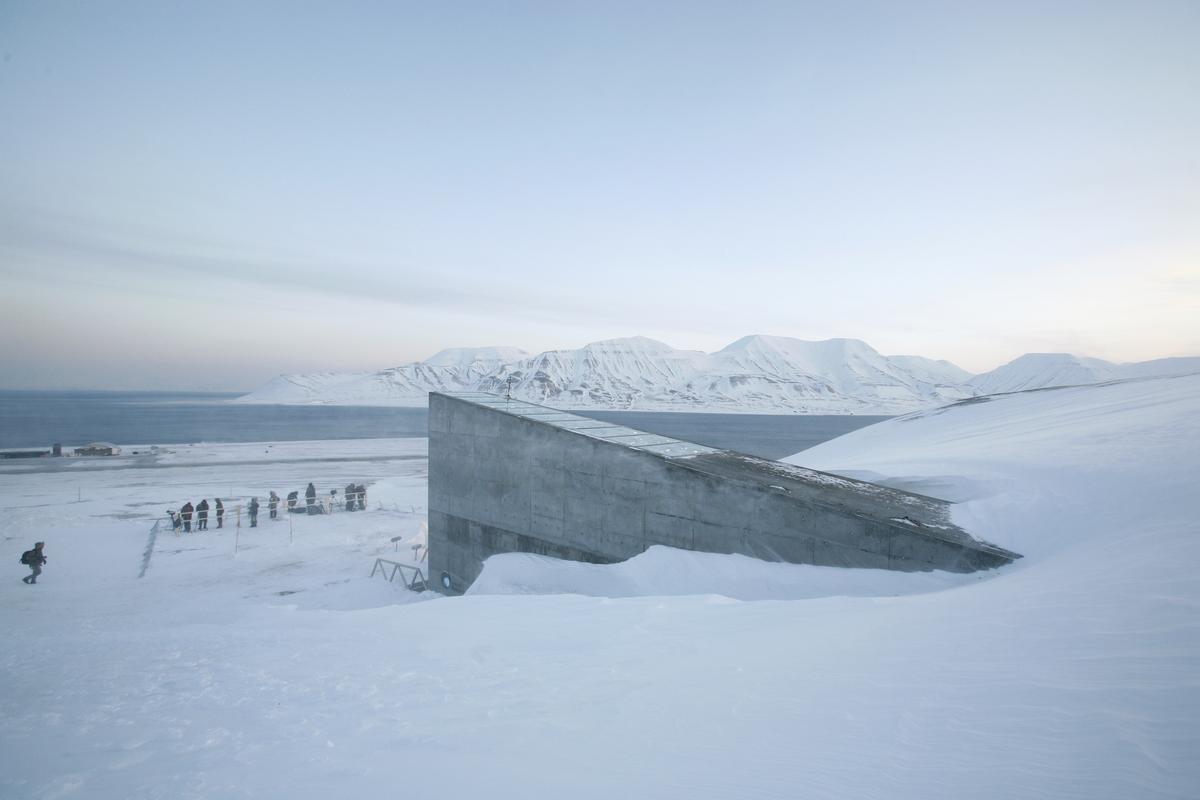 OSLO (Reuters) – A vault in the Arctic built to preserve seeds for rice, wheat and other food staples contains one million varieties with the addition on Tuesday of specimens grown by Cherokee Indians and the estate of Britain’s Prince Charles.

The Svalbard Global Seed Vault, built on a mountainside in 2008, was designed as a storage facility to protect vital crop seeds against the worst cataclysms of nuclear war or disease and safeguard global food supplies.

Dubbed the “doomsday vault”, the facility lies on the island of Spitsbergen in the archipelago of Svalbard, halfway between Norway and the North Pole, and is only opened a few times a year in order to preserve the seeds inside.

The Royal Botanical Gardens at Kew in Britain banked seeds harvested from the meadows of Prince Charles’ private residence, Highgrove.

The vault also serves as a backup for plant breeders to develop new varieties of crops. The world used to cultivate around 7,000 different plants but experts say we now get about 60% of our calories from three main crops – maize, wheat and rice – making food supplies vulnerable if climate change causes harvests to fail.

“The seed vault is the backup in the global system of conservation to secure food security on Earth,” Stefan Schmitz, executive director of the Crop Trust, the Bonn-based organization that manages the vault, told Reuters.

“We need to preserve this biodiversity, this crop diversity, to provide healthy diets and nutritious foods, and for providing farmers, especially smallholders, with sustainable livelihoods so that they can adapt to new conditions.”

One in nine people go to bed hungry globally, according to the United Nations’ World Food Programme, and scientists have predicted that erratic weather patterns could reduce both the quality and quantity of food available.

The vault was last opened in October. With Tuesday’s deposit, it contains one million different seeds, from almost all nations.

In 2015, researchers made a first withdrawal from the vault after Syria’s civil war damaged a seed bank near the city of Aleppo. The seeds were grown and re-deposited at the Svalbard vault in 2017.

In October, Norway completed an $11 million, year-long upgrade of the building, which was constructed at Svalbard because the Arctic’s cold climate means its contents will stay cool even if the power fails. But even the doomsday vault has been affected by climate change as an unexpected thaw of permafrost when it first opened let in water to the tunnel entrance, although no seeds were damaged.