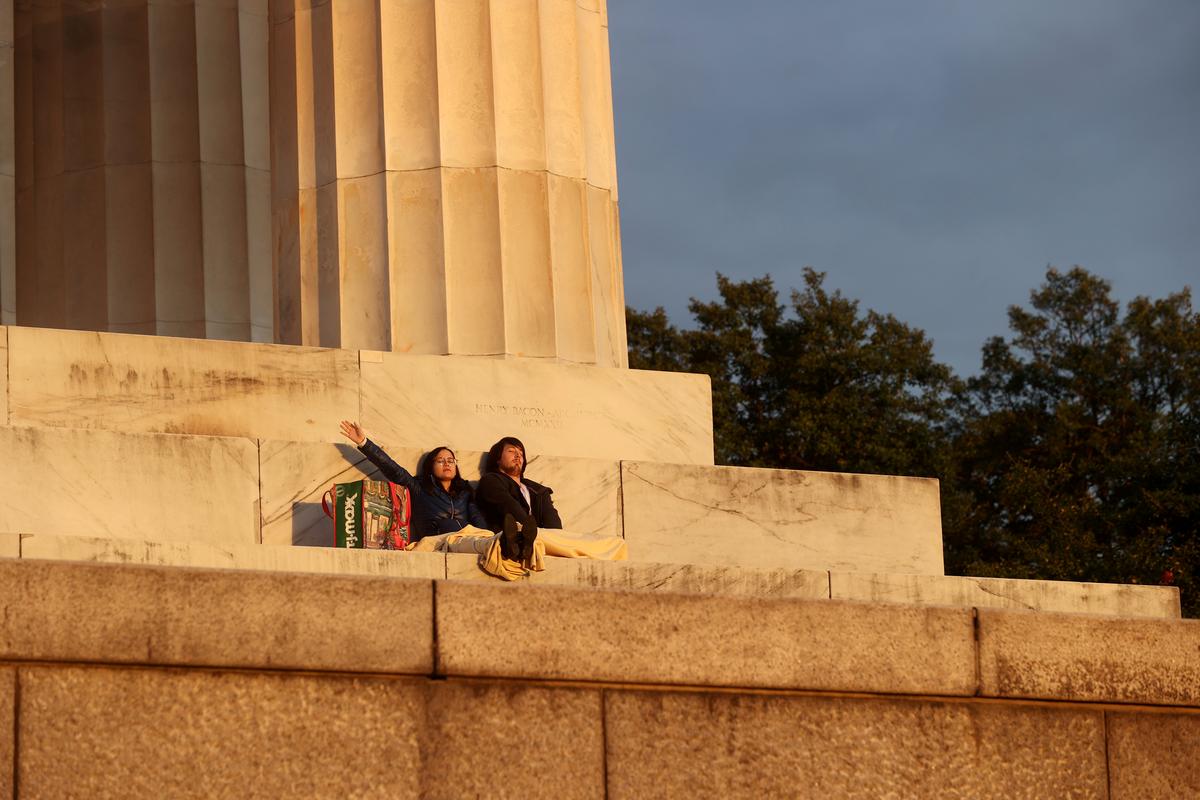 NEW YORK/LOS ANGELES (Reuters) – Americans spent a glum Easter Sunday largely confined to their homes by the still-raging coronavirus pandemic as the U.S. death toll neared 22,000, with more than half a million confirmed cases nationwide.

With 42 states imposing strict stay-at-home orders most churches were shuttered, although many erected crosses outside or even offered drive-through services conducted by priests, pastors or ministers wearing latex gloves and surgical masks.

Other Americans turned to online church services to mark the holiest day in the Christian calendar.

“Our rights come from our creator, not from a governing body,” Spell told Reuters, adding people traveled from across the region to attend.

In some states, attempts by authorities to clamp down on Easter services have sparked legal battles over the rights of government to prevent Americans from attending church, even under pandemic conditions.

On Saturday, the Kansas Supreme Court upheld an executive order barring more than 10 people from gathering for religious and funeral services. The decision, a victory for Democratic Governor Laura Kelly, followed an attempt by a Republican-led legislative body to overturn the order.

The United States, with the world’s third-largest population, has recorded more fatalities from COVID-19 than any other country, nearly 22,000 as of Sunday evening according to a Reuters tally.

Roughly 2,000 deaths a day were reported for the last four days in a row, the largest number in and around New York City. Even that is viewed as understated, as New York is still figuring out how best to include a surge in deaths at home in its official statistics.

(Graphic: Tracking the novel coronavirus in the U.S. – here)

As the death toll has mounted, President Donald Trump mulled when the country might begin to see a return to normality.

A young couple pray at sunrise on the steps at the Lincoln Memorial during the coronavirus disease (COVID-19) outbreak, where normally thousands of Christians would gather for worship at Easter sunrise, in Washington, U.S. April 12, 2020. REUTERS/Jonathan Ernst

The sweeping restrictions on non-essential movement now applied to most Americans have damaged the economy, taken a painful toll on commerce and raised questions over how long business closures and travel curbs can be sustained.

The Trump administration sees May 1 as a potential date for easing the restrictions, the commissioner of the Food and Drug Administration, Stephen Hahn, said on Sunday. But he cautioned that it was still too early to say whether that goal would be met.

“We see light at the end of the tunnel,” Hahn told ABC’s “This Week,” adding, “Public safety and the welfare of the American people has to come first. That has to ultimately drive these decisions.”

In the latest sign of the disruption wrought by the disease, one of the nation’s largest pork processing plants was shuttered after workers fell ill, and its owner warned the country was moving “perilously close to the edge” in supplies for grocers.

“It is impossible to keep our grocery stores stocked if our plants are not running,” Ken Sullivan, chief executive of Smithfield Foods, said in a statement on Sunday.

Dozens of workers at a beef production plant in Greeley, Colorado, have tested positive for COVID-19, according to its owner, meatpacking company JBS USA. The union representing workers at the plant said two employees have died.

In recent days, public health experts and some governors have pointed to some hopeful signs that the worst of the pandemic might be past.

Dr. Anthony Fauci, the country’s top U.S. infectious disease expert, said he was cautiously optimistic and pointed to the New York metropolitan area, which had its highest daily death toll last week but also saw a decrease in hospitalizations, intensive care admissions and the need to intubate critically ill patients.

“Once you turn that corner, hopefully you’ll see a very sharp decline and then you can start thinking about how we can keep it that way,” Fauci told CNN’s “State of the Union.”

“If all of a sudden we decide ‘OK, it’s May whatever,’ and we just turn the switch on, that could be a real problem.”

Fauci and other public health experts say widespread testing will be key to efforts to reopen the economy, including antibody tests to find out who has already had the disease and could be safe to return to work.

New government data shows a summer surge in infections if stay-at-home orders are lifted after only 30 days, according to projections first reported by the New York Times and confirmed by a Department of Homeland Security official.