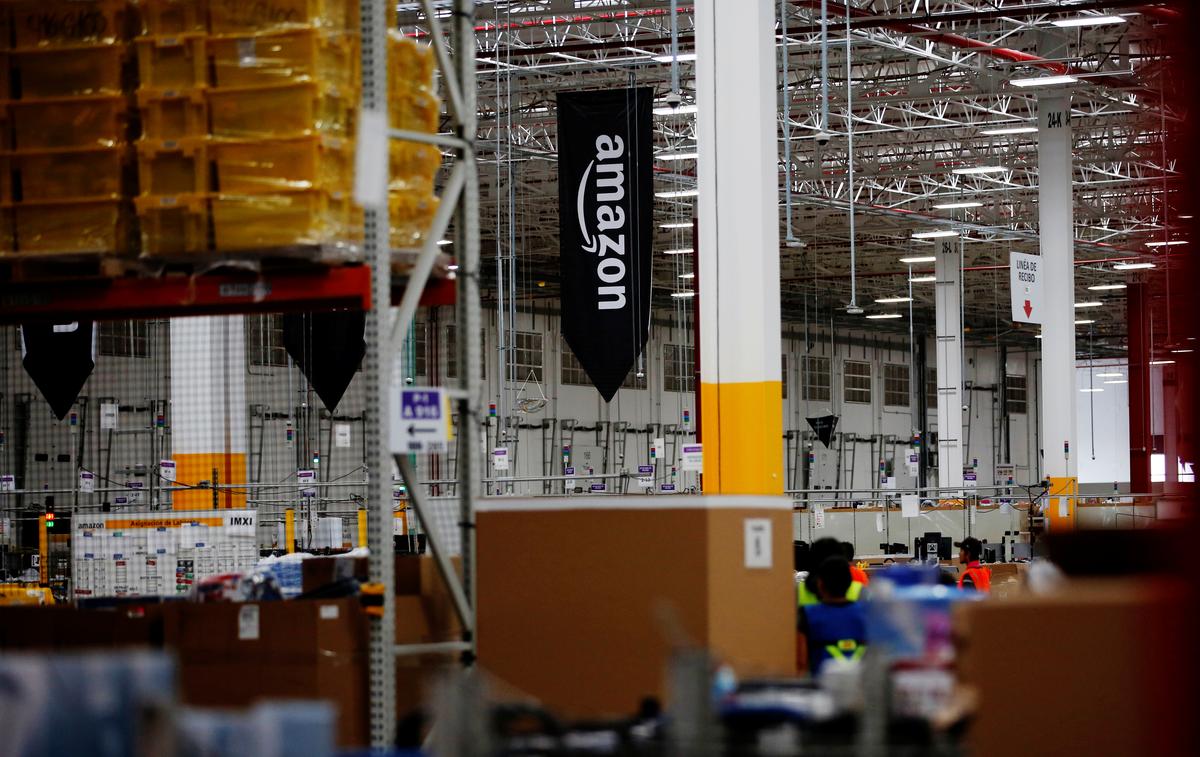 (Reuters) – ABX Air pilots who fly for Amazon.com Inc and other clients cast a near-unanimous vote of “no confidence” against company management as the holiday shipping season, which depends on airplanes for fast delivery, takes off.

FILE PHOTO: The logo of Amazon is seen at their new Amazon warehouse during its opening announcement on the outskirts of Mexico City, Mexico July 30, 2019. REUTERS/Carlos Jasso

The pilots, whose salaries are among the lowest in the industry, have been locked in a dispute with ABX and ATSG for more than five years over issues ranging from scheduling to retirement contributions. Two-hundred four of the 205 pilots who voted cast a “no confidence” vote against management.

The vote is symbolic since pilots cannot strike without permission from the National Mediation Board, but it adds uncertainty as Amazon accelerates package delivery speeds in a shortened holiday season that is expected to set a new record for online sales.

“It’s difficult to ignore that the model on which Amazon bases its business – quick delivery – is critically dependent on these carriers functioning,” said Dan Akins of Flightpath Economics.

Most retailers lock in their holiday shipping partnerships well in advance. FedEx Corp threw a wrench in Amazon’s plans this summer, ending its relationship with the e-commerce company due to strategic reasons. That piled pressure on Amazon Air providers ATSG and Atlas Air Worldwide Holdings Inc and shifted volume to United Parcel Service Inc.

In a statement, Amazon said, “We … are confident in our ability to serve customers this holiday season.”

Representatives of ATSG did not immediately respond to requests for comment.

Amazon Air and the companies that operate its 47-plane fleet have said they are prepared for the holiday peak.

“They have delayed, delayed, delayed. Our crews are fed up,” Rick Ziebarth, an ABX Air pilot and executive council chairman of Airline Professionals Association Teamsters Local 1224, said of management.

Amazon’s air delivery contractors pay their pilots significantly less than UPS and FedEx, where hourly pay was $288 and $243 respectively in 2018, according to Flightpath Economics.

That compares with $152 at ATSG and $139 at Atlas, which is locked in a bitter contract talks with pilots. ABX and Atlas pilots say the low pay make it difficult to attract and retain skilled flight crews amid a global pilot shortage. Experienced pilots are less likely to job-hop because losing seniority reduces their earnings.