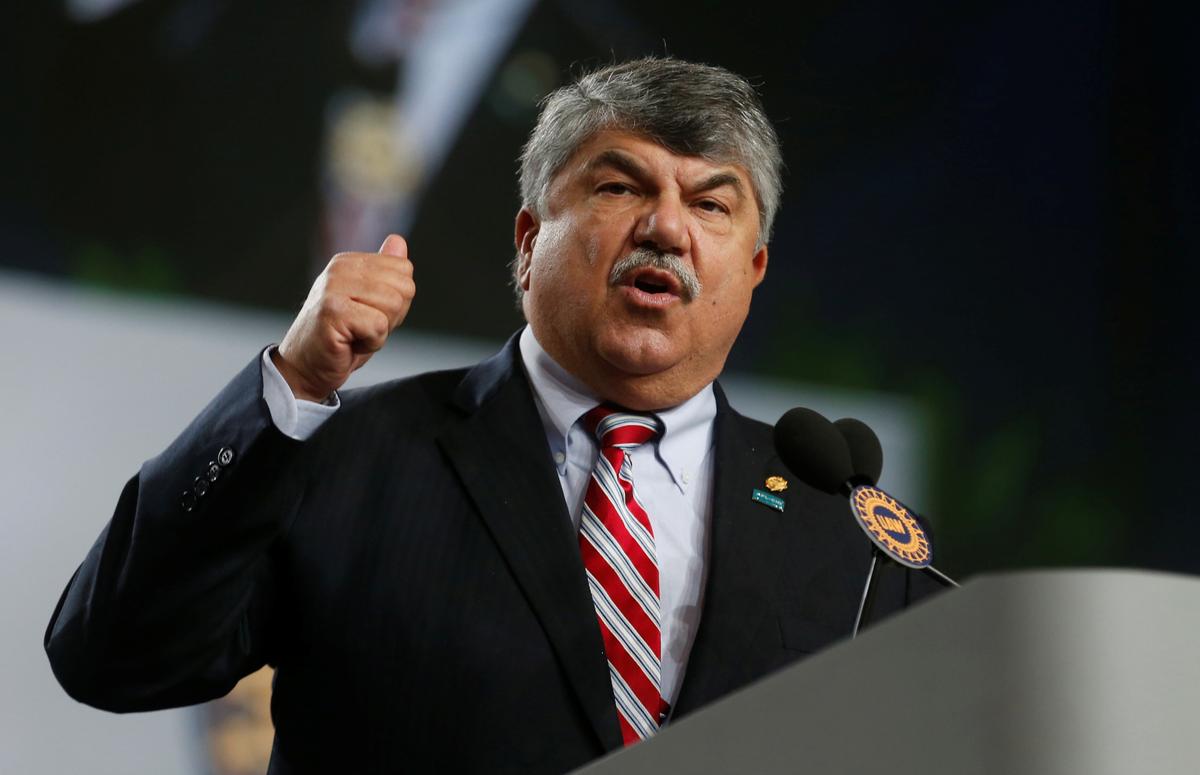 WASHINGTON (Reuters) – A major U.S. labor leader on Monday said there was more work to do on a new U.S.-Mexico-Canada trade agreement, pushing back against comments from House Speaker Nancy Pelosi that a breakthrough was imminent.

U.S. President Donald Trump has been pressuring Congress to ratify the U.S.-Mexico-Canada (USMCA) trade agreement, but House Democrats have been pushing for changes to shore up enforcement of the labor and environmental provisions.

Pelosi last week said a breakthrough in the talks was imminent. Her big challenge will be to persuade labor unions who felt burned by the North American Free Trade Agreement (NAFTA) to accept the new deal.

AFL-CIO President Richard Trumka told union members at a convention in Maryland on Monday evening that NAFTA had been “a disaster for working people,” with Maryland alone losing more than 70,000 manufacturing jobs.

Excerpts of his remarks were provided to Reuters by an AFL-CIO spokeswoman.

Trumka said there was pressure to “fold on core issues” to secure a deal, but vowed not to let that happen, because millions of jobs were at stake.

“Getting this done right is more important than getting it done fast. So until the administration can show us in writing that the new NAFTA is truly enforceable, with stronger labor standards, there is still more work to be done,” he said.

“We cannot and will not support any deal that does not deliver for working people,” he added.

Some of Trump’s key cabinet members will be at the White House on Tuesday for a concerted push for passage of USMCA, White House spokeswoman Roma Daravi said in a post on Twitter on Monday.

USMCA, signed by the three countries about a year ago in an effort to replace the $1 trillion NAFTA, must be passed by lawmakers in all three countries, including the U.S. Congress.

Mexico has already ratified the new deal, while Canada says it is waiting in order to move in tandem with the United States.

Trumka last month said the deal was unlikely to pass as it stands if it was brought for a vote in November.

He is due to meet with freshmen Democrats in the House on Tuesday, Politico reported late on Monday.