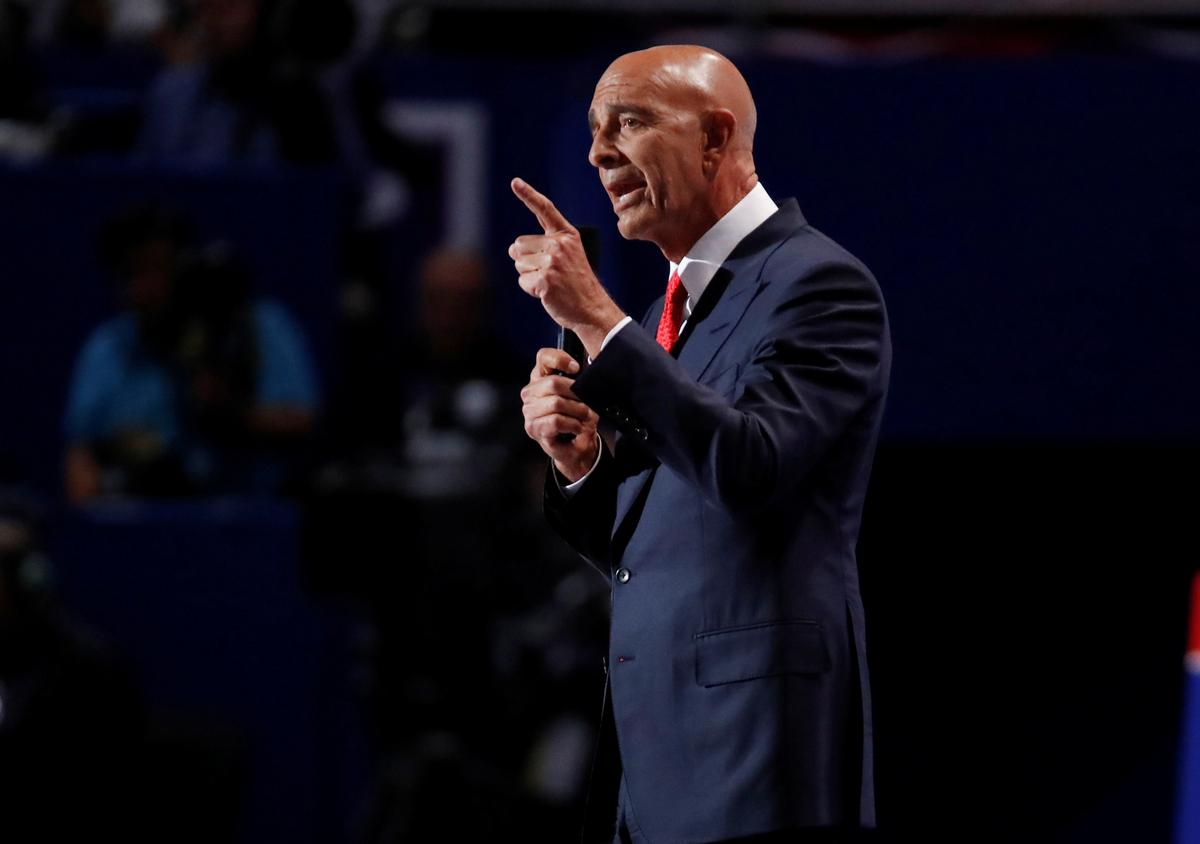 BOSTON (Reuters) – Activist investor Blackwells is pushing to remove Tom Barrack, a billionaire friend of President Donald Trump, as CEO of Colony Capital, saying his mismanagement of the real estate and investment firm has cost shareholders billions of dollars in lost gains.

Blackwells, which owns a 1.85% stake in Colony Capital, also wants to install five new directors on the company’s board, saying investors have soured on the company during Barrack’s tenure and will return only when a new leader is named and independent directors are seated.

Colony Capital’s share price has tumbled 20% to trade at $4.78 since Barrack, the executive chairman, was named to the additional post of CEO a year ago.

“It is time for Mr. Barrack to go and for the Board to be reconstituted with truly independent and experienced business leaders, who can provide effective and constructive oversight,” Jason Aintabi, Blackwells’ chief investment officer said in a statement.

Blackwells said Barrack was responsible for a three way merger in 2016 that the hedge fund says cost shareholders $6 billion in wealth. It also said the current board for was too deferential to Barrack.

The hedge fund said it plans to nominate a handful of directors with experience in finance, asset management, commercial real estate, hotel and casino management and restructuring and corporate governance at next year’s annual meeting. Colony Capital did not immediately respond to a request for comment.

The announcement comes just months after Blackwells and Colony Capital, which invests $44 billion, in February announced that they had worked together to seat two new directors and agreed on naming a third.

The hedge fund also called Barrack, who chaired Trump’s Inaugural Committee, a distracted CEO. The inaugural committee has been probed by congress and federal agencies.

“Three things are necessary for Colony to succeed again,” Aintabi wrote. “The Company must be simplified, must be led by a respected executive with significant public markets experience and must have a Board that is fully independent and willing to exert influence and oversight even when the decisions are uncomfortable.”