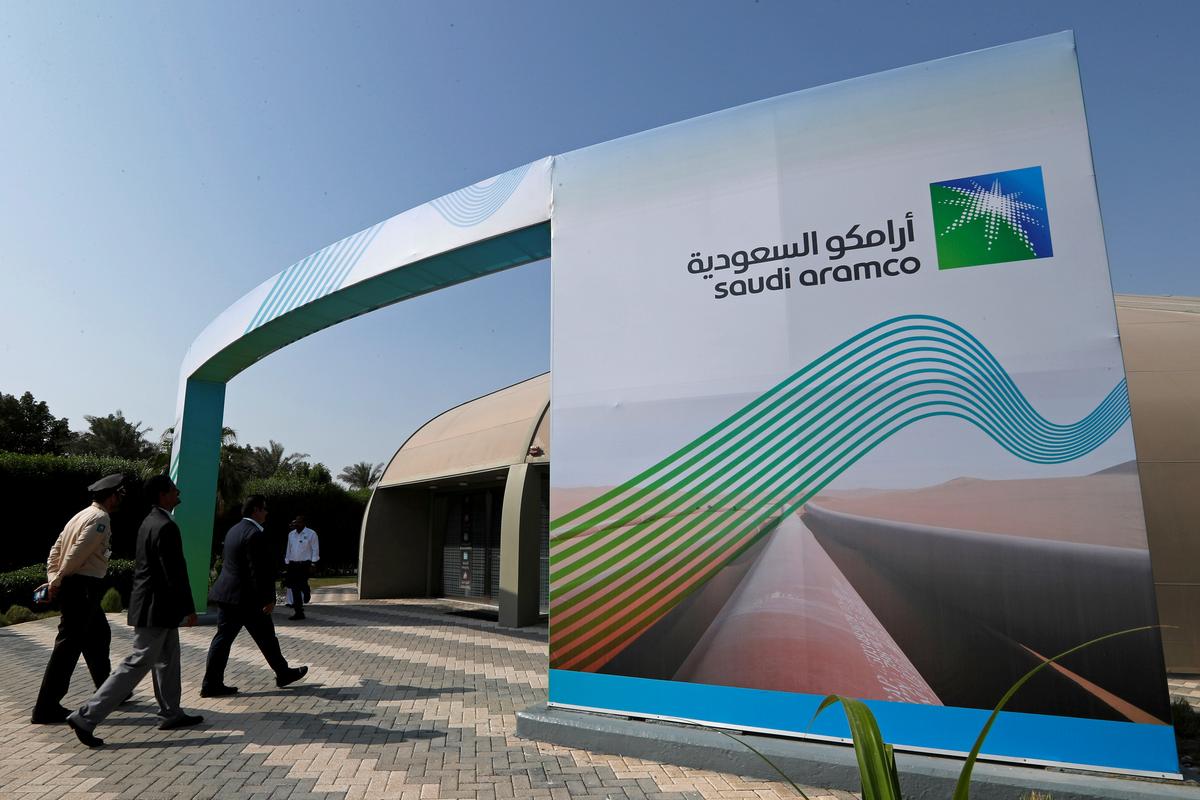 DUBAI/ABU DHABI (Reuters) – The sovereign wealth funds of Abu Dhabi and Kuwait plan to invest in the initial public offering (IPO) of Saudi Aramco, which is relying mainly on Saudi and Gulf investors to raise up to $25.6 billion, sources familiar with the matter said.

FILE PHOTO: The logo of Aramco is seen as security personnel walk before the start of a press conference by Aramco at the Plaza Conference Center in Dhahran, Saudi Arabia November 3, 2019. REUTERS/Hamad I Mohammed/File Photo

Abu Dhabi Investment Authority (ADIA) is weighing an investment of at least $1 billion, five sources familiar with the matter told Reuters. A final decision on the amount requires board approval, one of the sources said.

Kuwait Investment Authority (KIA) also plans to invest in the IPO, two of the sources said. The size of the potential deal was not immediately known.

An ADIA spokesman and Aramco declined to comment. KIA did not immediately respond to a request for comment.

State oil giant Aramco has struggled to attract a major cornerstone or anchor investor for its IPO, which could be potentially the world’s biggest if it exceeds $25 billion.

Aramco officials have visited Kuwait and Abu Dhabi, which have strong political ties with Riyadh, to discuss participating in the offering.

Aramco had cancelled marketing roadshows for its listing outside the Gulf region due to a lack of interest from foreign institutional investors, many of whom see Aramco’s valuation as expensive given concern over political, governance and environment issues.

ADIA and KIA manage a combined total of about $1.3 trillion in assets, according to the Sovereign Wealth Fund Institute, making them among the biggest sovereign funds in the world.

Two of the sources said ADIA was considering an investment of at least $1 billion, while two other sources gave a range of between $1.5 billion and $2 billion.

ADIA, estimated to have assets of nearly $700 billion, is chaired by the president of the United Arab Emirates. Its deputy chairman is Abu Dhabi Crown Prince Sheikh Mohammed bin Zayed al-Nahyan, a close ally of Saudi Arabia’s crown prince.

Saudi Arabia aims to sell 1.5% of Aramco, valuing the company at between $1.6 trillion and $1.7 trillion – lower than the $2 trillion target initially sought by Crown Prince Mohammed bin Salman, who has made the offering a pillar of his ambitious drive for economic diversification.

Aramco has said at least one-third of the sale is expected to be covered by retail investors, who have until Nov. 28 to sign up for the IPO. The institutional offering closes on Dec 4.